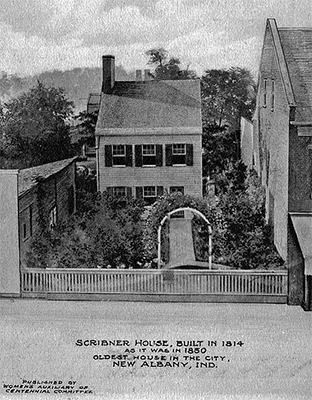 The buffalo, which left the Great Plains to visit the salt licks of Kentucky, came through what is now Floyd County and New Albany by the thousands. The trail they made is still plainly visible and was the basis for the first westward road from Louisville to Vincennes.

Starting with George Rogers Clark and his poorly equipped soldiers who gave the infant United States a claim to the vast Northwest Territory from the British, the Northwest Ordinance of 1787 created territory out of which Indiana emerged as a state. To this area came the Scribner brothers, Joel, Nathaniel and Abner in 1812-1813 from New York. The land below the Falls of the Ohio was chosen because of its potential for transportation, ship building, and other business.

Early in 1813, the first tree was felled to clear the land for what was to become New Albany. The first Scribner cabin was at East Sixth and Main streets; later in 1814, the present Scribner House (pictured) was built by Joel on the southeast corner of Main and State streets. Immediately, the ground for the new settlement was platted and named New Albany in honor of the capital of their home state, New York. In 1817 New Albany was incorporated as a town while still a part of Clark County. But thanks to the efforts of Nathaniel Scribner, Floyd County was recognized as a county in its own right in the spring on 1819. Cut out of Clark and Harrison counties it was named "Floyd" supposedly after Davis Floyd, a territorial politician and friend of Aaron Burr. Davis Floyd became the first judge in the county. The county itself is the second smallest count in land size in the State.

Prior to the building of the locks on the Louisville side of the river, New Albany was one of the largest cities in the middle west due to the influence of the river. In 1839, New Albany became incorporated as a city.

During this period of time, a man by the name of Epaphras Jones decided to found a town by the name of Providence at the foot of Vincennes Street. He hoped to establish a ferry at this locality to Louisville. Jones was not as careful in the mapping of a town as his New Albany neighbors who had carefully planned their land. When he finally became discouraged with his idea, the houses in Providence had straggled out to meet the upcoming New Albany residents. This accounts for the sharp curve at East Tenth Street from East Oak to East Spring streets. 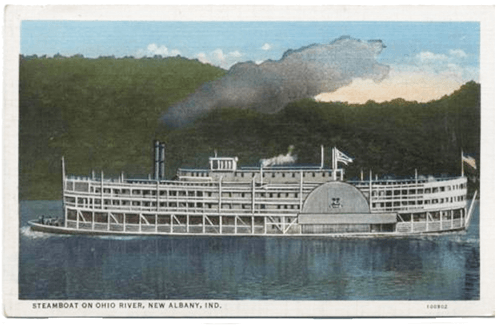 Because of New Albany's location on the river, riverboat building was an early important business as was glass manufacturing. The most lavishly furnished riverboats, the "Eclipse" and the "Robert E. Lee" were built here, and the first plate glass windows in the United States were made and installed in New Albany in the Hieb Building at 318 Pearl Street by John B. Ford's New Albany Glass Works; Mr. Ford was also a founder of the Libby-Owens-Ford Glass Works at Pittsburgh.

In 1847, railroads were being built. The line from New Albany to Salem (later to be known as the Monon) was another first for New Albany. In 1858, Ashbel P. Willard, Governor of the State of Indiana and a New Albany resident, dedicated the Floyd County Fairground, and in 1859 brought the Indiana State Fair to New Albany. During the Civil War the grounds were converted into Camp Noble where regiments from New Albany were mustered.

During the Civil War, New Albany became a strategic supply center for the Union Armies fighting in the South and a hospital center for the wounded being sent North as well as a part of an "underground railroad" for slaves escaping from the South. One of the first seven National Cemeteries in the United States was established in New Albany in 1862 by President Abraham Lincoln. 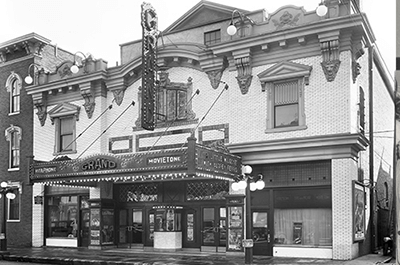 After shipbuilding and glass faded from the scene, New Albany became the hardwood and plywood center of the nation. Today the main industries are the manufacture of fireproof file cabinets; refrigerated dough products; international producers of electrical components; manufacturers of plaques and awards, metal working machinery and plastic materials. Millworks; plywood; and many more small manufacturing and assembly industries are located here.

New Albany has an abundance of nationally known notables who have either been in this area or who have been residents. John Audubon, naturalist, made many sketches of birds and wildlife on Silver Hills. George W. Morrison, famous landscape and portrait painter called New Albany his home. William Vaughn Moody, famous poet and playwright was graduated from New Albany High School in 1885. Warren Kerrigan, matinee idol of the 1920's came from New Albany while William Wallace Atterbury, head of the U.S. Army Railroad Corp in Europe in World War I and later the president of the Pennsylvania Railroad, was the son of a minister of the Second Presbyterian Church (Later Camp Atterbury at Columbus, Indiana, was named for him). Michael Kerr became Speaker of the U.S. House of Representative shortly after the Civil War. Two of the most outstanding millionaires of the nineteenth century were Washington C. DePauw, broker, banker, and William S. Culbertson, known as a greet industrialist. Charles Allen Prosser became known as the "father" of vocational education and Sherman Minton was a Justice of the U.S. Supreme Court. All were from New Albany, Indiana. 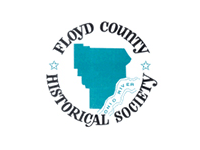 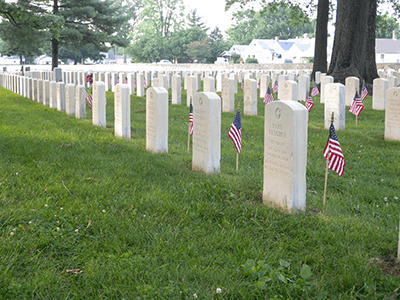 The New Albany National Cemetery was established in 1862 to accommodate the burial of soldiers posted at the training center. It was also intended for the reinterment of Union soldiers who died in local hospitals and were buried in nearby gravesites and soldier’s plots. Most of the reinterments came from West Virginia, Virginia, Kentucky and Indiana. The original 5.5 acres were purchased from Dr. Charles Bowman in early 1862. By November 1870, more than 2,000 known dead and 698 unknowns were buried at New Albany. According to a 1870s inspection report, the African-American men of the U.S. Colored Troops were buried in segregated sections from their fellow soldiers.

Today a suburban residential community envelops the cemetery, which was placed on the National Register of Historic Places in 1999.

* Information Courtesy of the Department of Veterans Affairs. 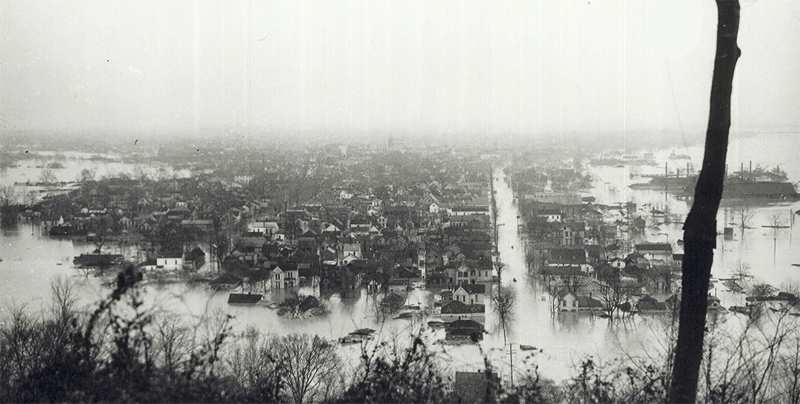 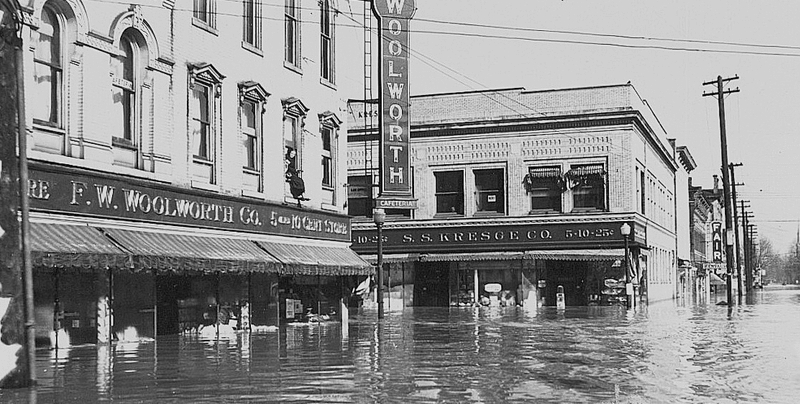